Hormone confusion: the biology behind stopping the pill 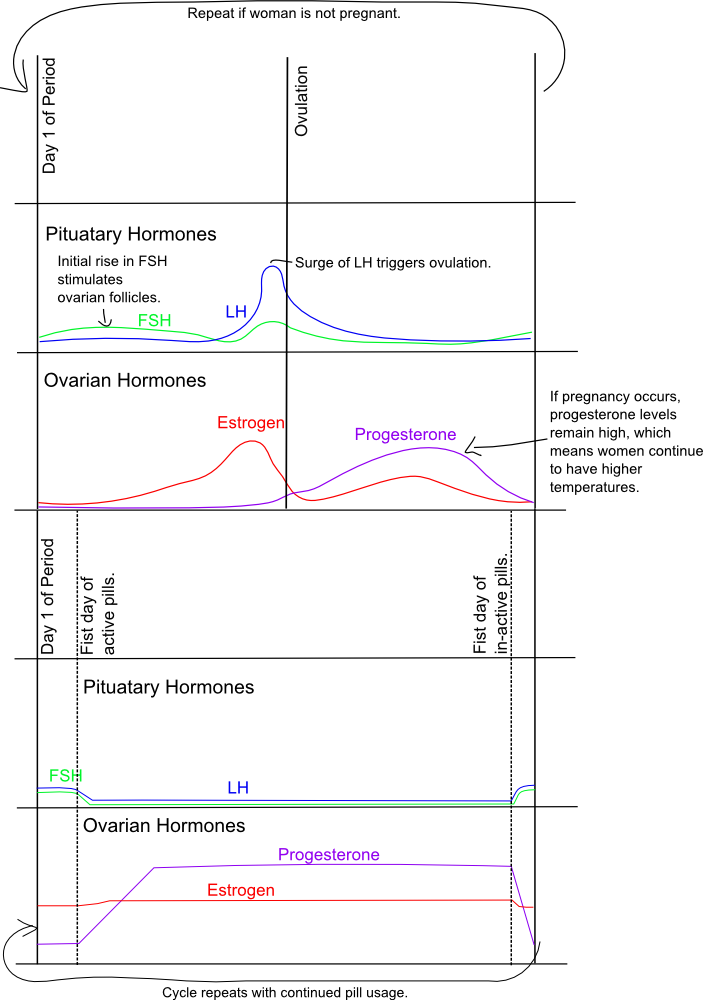 For the first week after a woman stops taking the combination pill, progesterone and estrogen drop, similar to how they drop during the withdrawal bleeding that occurs during the sugar pill days at the end of the active pills. During the subsequent weeks, as progesterone is no longer artificially increased by the combination pill, FSH and LH restart the natural ovulation cycle.

Some women find that it takes several months to get their period after stopping hormonal contraception. The hormones supplied by the pill leave the body very quickly, but differences between how quickly they leave individual women's bodies may explain short delays. Longer delays can be explained by the body taking time to begin producing normal levels of progesterone and estrogen on its own again. (Levels of estrogen and progesterone are regulated by "negative feedback loops," which means that when they were being supplied by the pill, the body produced less of these two hormones. It takes time for the body to rev back up into production.) Because we can't predict how quickly ovulation will occur after stopping hormonal birth control, it is important to treat this transition time carefully. Even after getting the first post-pill period, it may take several more cycles before the menstrual cycle is regular. In general, women are advised to talk to their doctor if they do not get their period within three months of stopping the pill.

Of particular concern to sexually active women who are discontinuing the pill and starting to use NFP, the transition period is a time when cervical mucus, cervix characteristics, and even temperature may be less reliable. This makes it hard to predict what times are fertile. "The Art of Natural Family Planning," published by the Couple to Couple League, offers special instructions  for this situation. "Taking Charge of Your Fertility

," a secular approach to the sympto-thermal method, advises abstaining from intercourse or using barrier methods for the first three cycles after stopping hormonal contraceptives.